The Death took off her black coat

“The Death took off her black coat
to throw herself into the dance!“

The Death took off her black coat 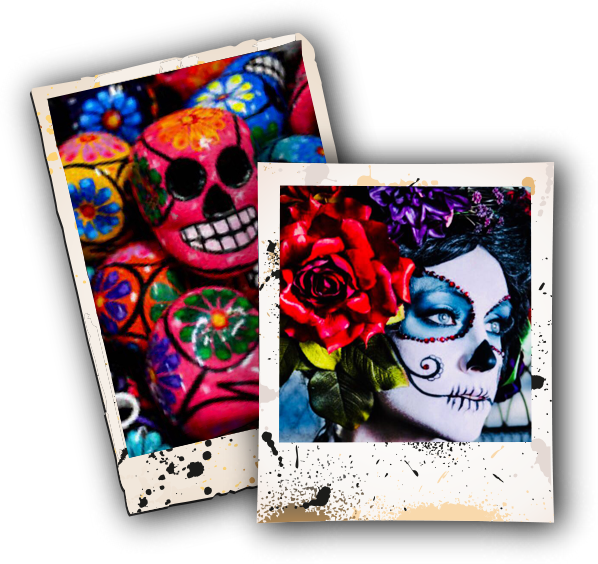 "Stranomondo" pays tribute to one of the most original, craziest and incredible parties that exist in the world: "El Dia De Los Muertos"!

A Party that is a riot of happiness, sounds, perfumes, colors and incredible caricatural representations of Death, between baroque and pompous choreographies. We will recreate in this Party the atmosphere of the Mexican cities flooding the clubs that host us with skulls of every shape and color, music, shows, mezcal tequila and tortillas. The day of the dead in spanish "Día de los Muertos" it's a particular form of Feast of the Dead typical of Mexican culture with pre-columbian roots.

For them the Death didn't have the moral connotations of the Catholic religion in which the ideas of Hell and Heaven are used to punish or reward. Conversely, they believed that the routes destined to the dead souls were determined by the the type of passing and not caused by their behavior during life. In this day the Dead come back to catching up with friends and relatives which - to refresh them from the long journey - organize a BIG PARTY!! "EL DIA DE LOS MUERTOS" by Stranomondo Entertainment Bureau.